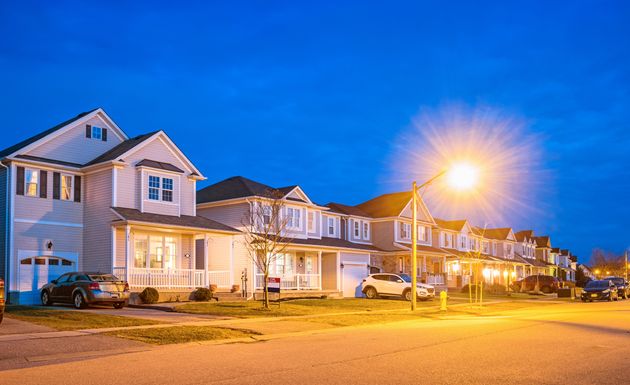 The latest housing affordability monitor from National Bank of Canada shows the cost of owning a home, relative to income, saw its steepest drop in a decade in the second quarter of this year.

The last time affordability improved this much, it was due to a sharp slowdown during the financial crisis of 2008-09. This time around, it’s falling mortgage rates, combined with rising wages.

It took 45.1 per cent of an average household’s income to afford the mortgage on a median-priced home in the 11 major cities covered by the report, down from 48.7 per cent in the space of just three months. Still, it’s well above the 30-per-cent mark that is generally considered affordable.

“The most significant factor to this development was the decline in mortgage rates,” National Bank economists Matthieu Arseneau and Kyle Dahms wrote.

That, combined with flat or falling house prices in many markets and accelerating wage growth, created the perfect circumstances for improved affordability, Arseneau and Dahms wrote.

But they note that while mortgage payments are easier to handle, buyers still need to clear the mortgage stress test, and the rate used in that has dropped by only 0.15 percentage points.

“Most potential buyers excluded by (the mortgage stress test) still are,” they wrote.

But those circumstances may not last. Canada’s priciest housing markets ― Toronto and Vancouver ― are showing signs of acceleration, with home sales jumping by 24 per cent in both cities in July, compared to a year earlier.

Many experts say the market has adjusted to policies meant to cool excessive house price growth and borrowing, such as foreign buyers’ taxes and the mortgage stress test. Additionally, borrowing costs are falling all over the world, which could push Canadian mortgage rates to new lows.

That, in turn, has some worried the housing market could return to rapid price growth again.

Bank of Montreal chief economist Doug Porter is urging policymakers to “be ready to wield some tough measures” to prevent a possible return to the heated house price growth seen in 2016-2017.

“Domestic policymakers may need to consider other ways to control speculation — especially from abroad — in a world where interest rates stay below inflation, or even below zero,” he wrote in a client note last week.

THIS ENTRY WAS POSTED ON July 30th, 2019 BY Kelly L. Macdonald | POSTED IN General